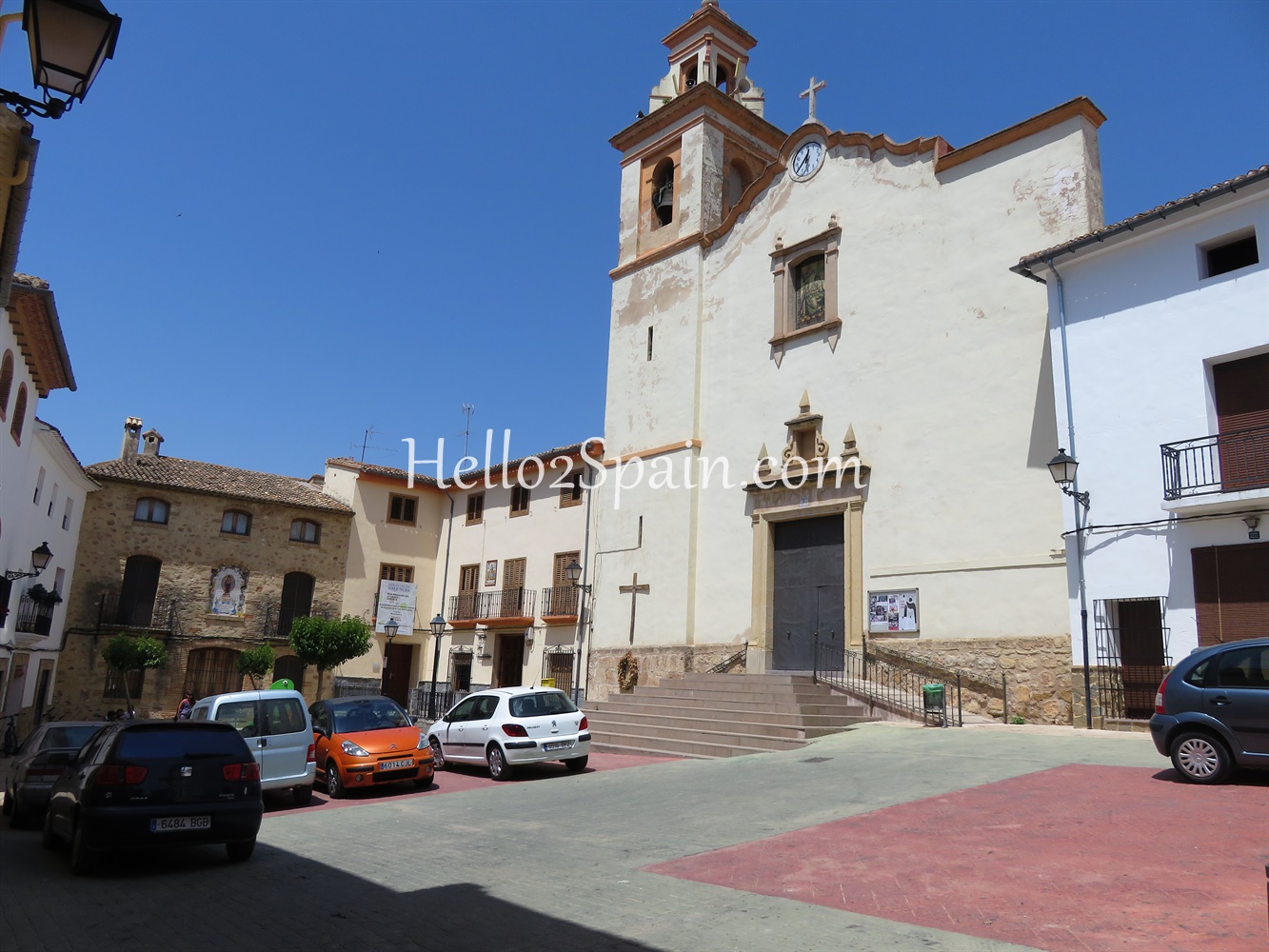 Montichelvo is situated about 20 minutes inland from Gandia and the stunning coastline of the Costa Blanca North. From Gandia follow the CV60 and leave at junction 23. Follow signs to Montichelvo CV619.

This is a traditional Spanish Village, with only a population of around 650 is nestled in the valley of the Vall de A'Lbaida in the Valencian Community surrounded by orange groves, vineyards, almond groves and various other fruit trees.

The village has shops, restaurants, chemist, doctors’ surgery, hairdressers, beauticians, bakers and butchers also 5 mins from Castello de Rugat where there are three larger supermarkets (Mas-y-Mas, Dias, Coop, banks and restaurants etc. in the neighbouring town of Castello de Rugat which is a 10-minute drive 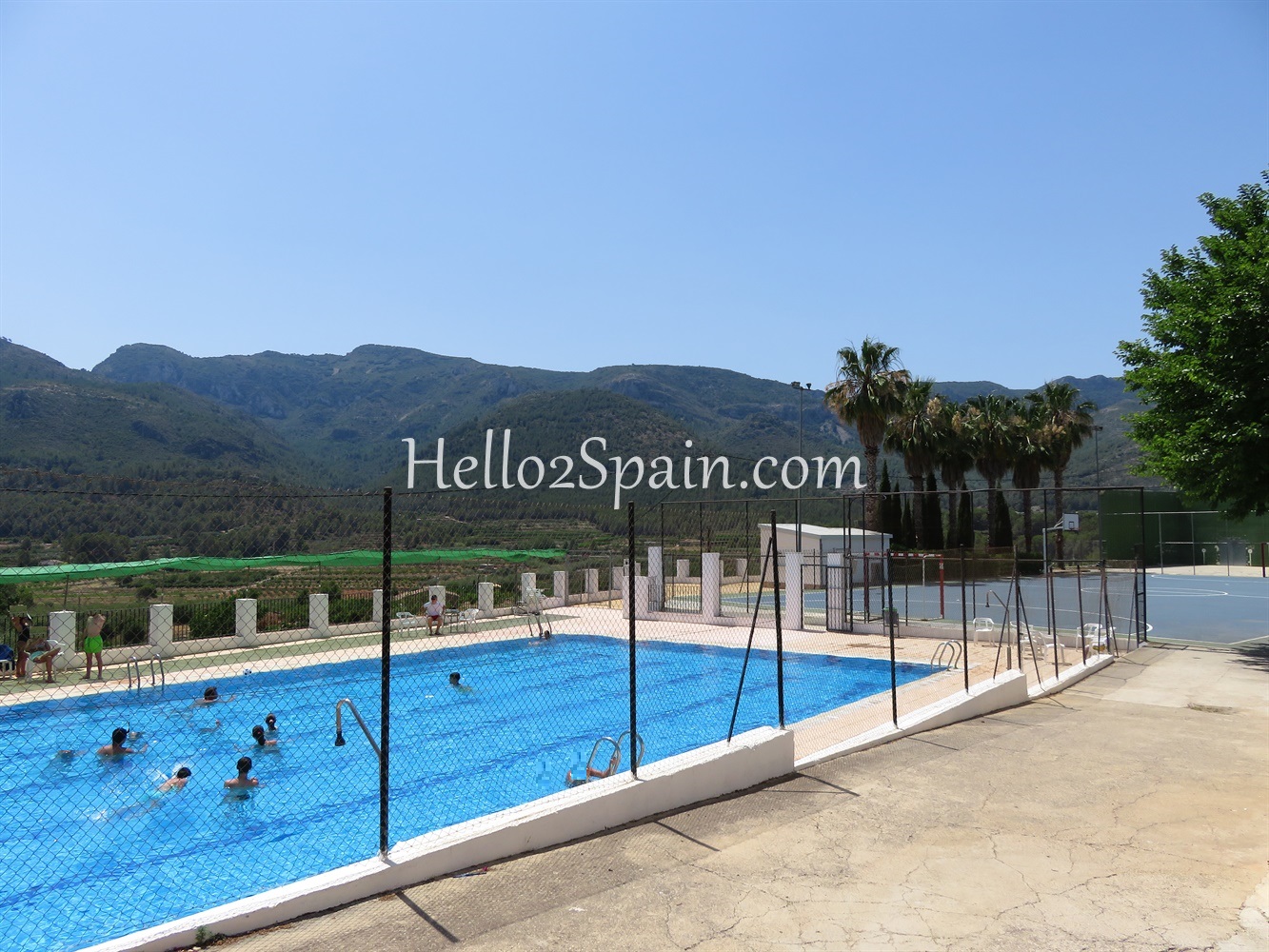 At nearby Benicolet there is an aerodrome for small planes and motorized hang-gliders and horse stables for riding out or lessons.

Montichelvo is a very friendly town with plenty of fiestas and a has large municipal swimming pool. (photo left)

Beaches the nearest beaches are Grau de Gandia where there is around 11km of sandy beaches, a promenade to walk down and plenty of bars and restaurants. The drive is around 20 minutes, there is also a bus route for those who do not drive.

Some local places of interest 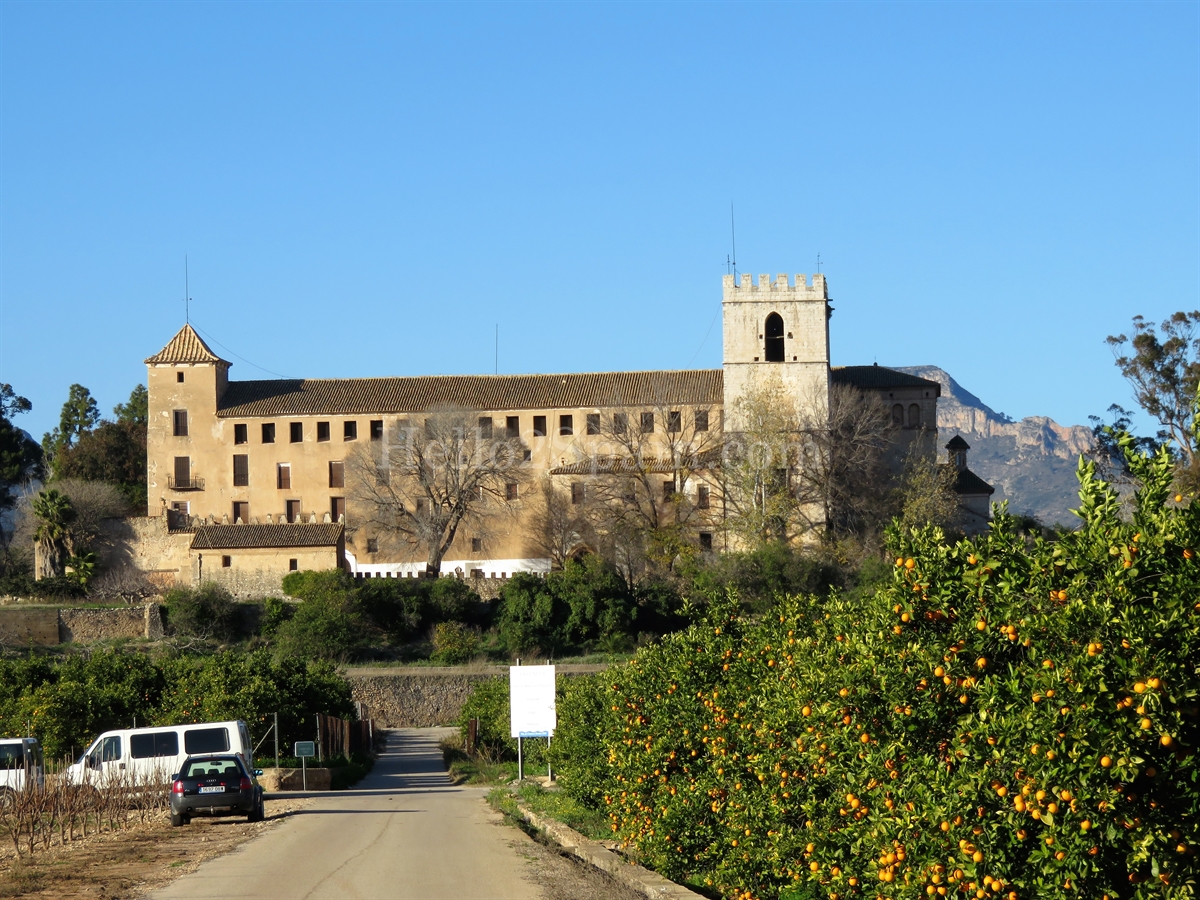 Royal Monastery of Sant Jeroni de Cotalba Alfauir in a neighbouring village with the building dating back to 1388 it is one of the most prestigious Monasteries in the Valencian region. It is now open to the public through an agreement with the Valencian government.

Penyes Albes the local Mountain Range with plenty of walking routes also known as the Vall d'Albaida, province of Valencia. The area comprises an area of 347.42 ha.

La Creueta is a fabulous view point over the valley.

There are several schools in and around the area but the nearest International School is the British School Gandia and the Bristish school Alzira in Xativa: Complete language immersion from Pre-Nursery to Year 13 (0 to 18 years of age)