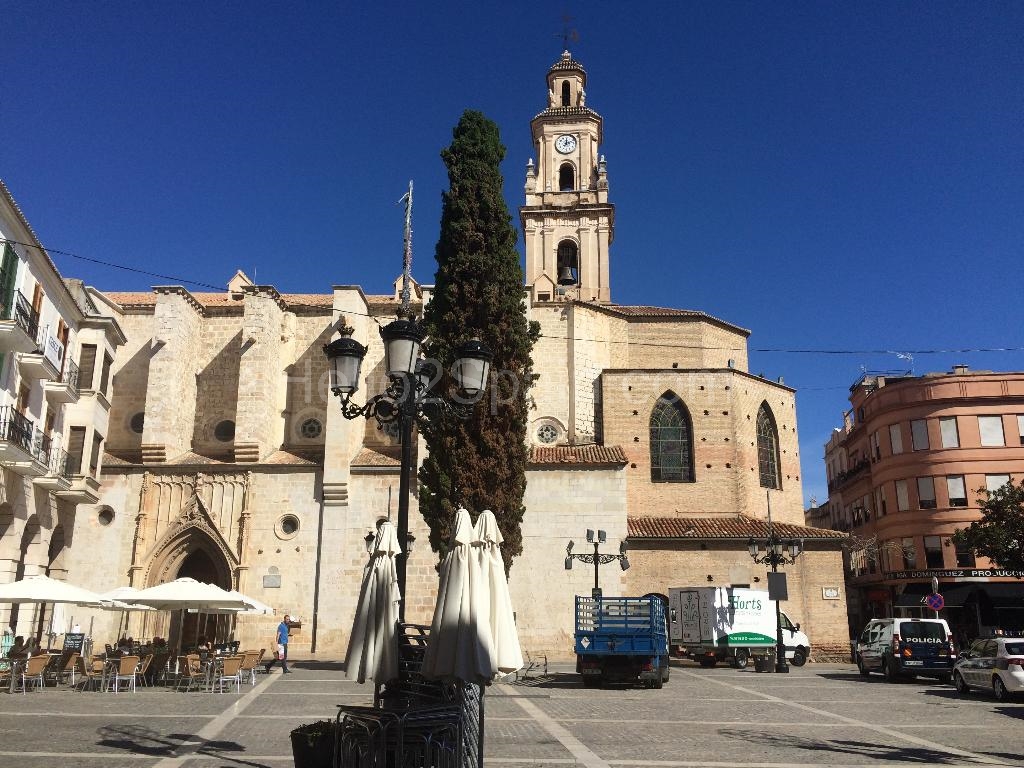 Gandia Spain lies just over 100 km north of Alicante and 90 kilometers south of Valencia along the Costa Blanca and Costa Azahar Gandia is one of the largest cities around the area. You can take the Autopista or National road up or down from Alicante or Valencia to Gandia by car, or take a bus from Alicante bus station or the train from Valencia.

With near endless fields of orange trees around, Gandia is somewhat the centre of agriculture for the area. Together with a large fishing business due to its harbour, the city also offers very interesting places to visit. Due to the fact that most of Gandia’s city centre is full with palm tree promenades with bars, restaurants and shops along, it is also a wonderful place for a shopping tour. 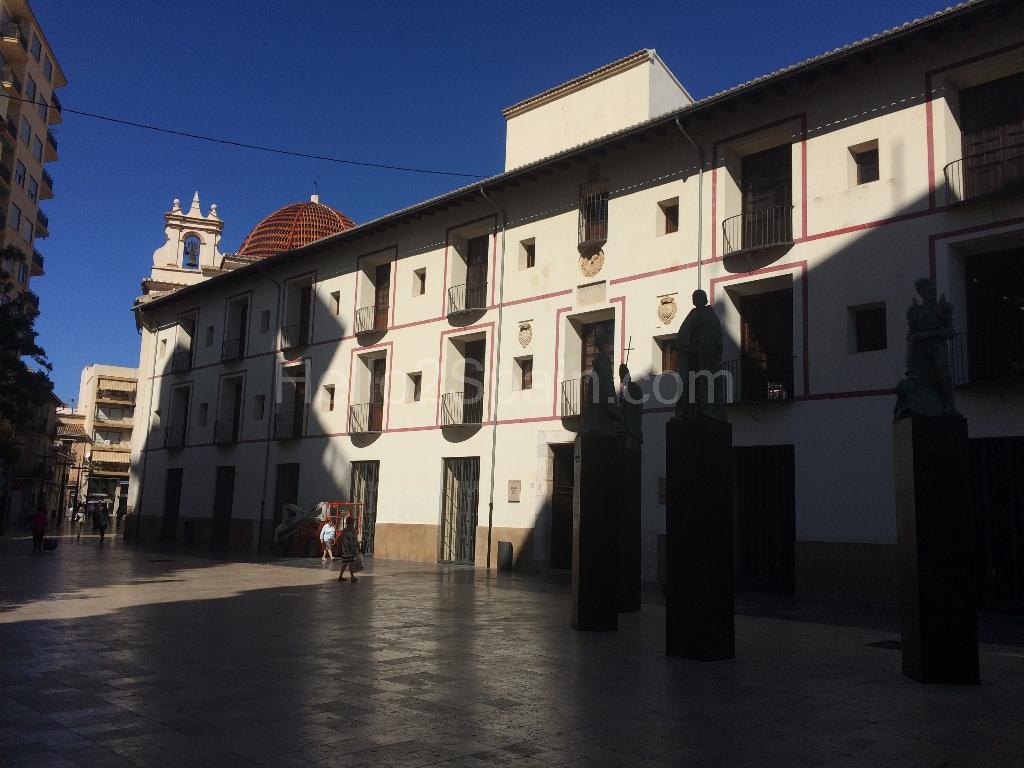 Sightseeing and shopping in Gandia Spain

Being one of the largest cities around, Gandia attracts many tourists just for shopping. With a huge shopping mall area outside of Gandia, major supermarkets and stores can be found. (Mercadona, Carrefour or Aldi just to name a few.).

Apart from shopping for daily needs, Gandia is also an interesting place for sightseeing holidays. One major tourist attraction is the Palace of Santo Duque just at one end of the old city centre. The building, with many different influences over the past centuries, is famous for its patio de las armas and a huge stairway. It has been declared a Spanish national monument.

In addition, while you are in Gandia, you might want to visit the church La Colegiata at the plaza de la constitucion and the old university building Antigua Universidad. A little bit to the south of Gandia you find the city of Oliva with a beautiful old town centre, which you should also visit. 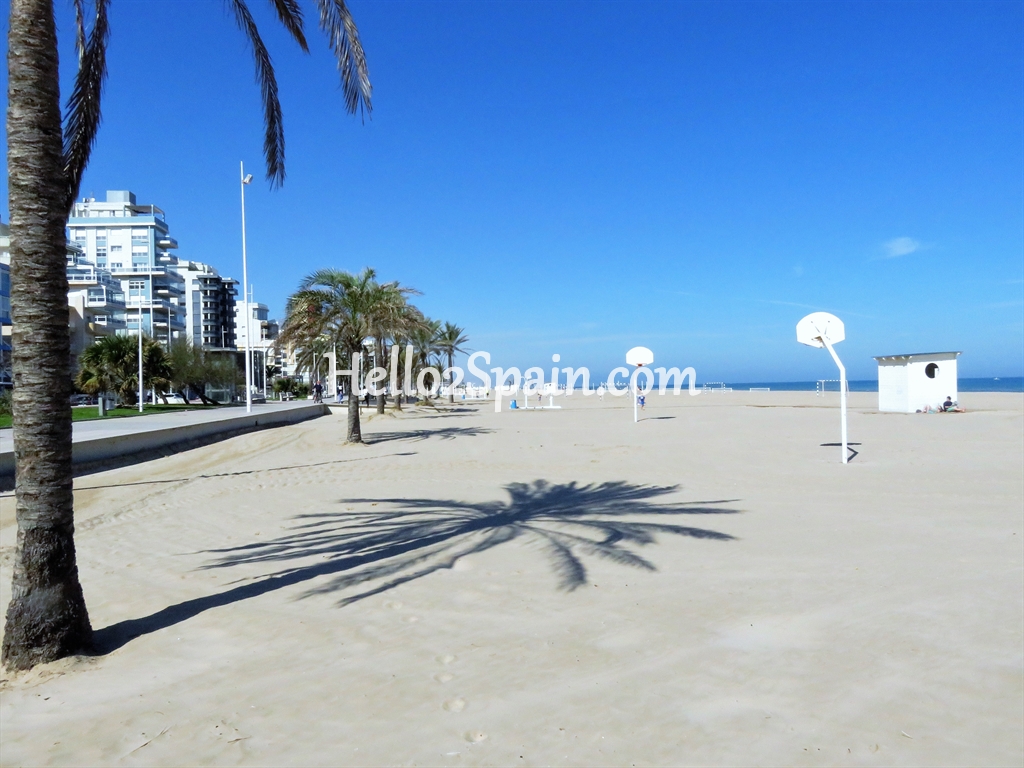 The Beaches of Gandia

Gandia has many beaches 11 km to choose from, the sand is golden and the sea is beautiful and clear they have been awarded BLUE FLAG status for many years.

The beaches have various activities, such as San Juan in July one of the most spectacular fiestas I have seen, the whole city and generations of people from babies to great great grandparents all attending the bonfire night on the beaches (the only night of the year your allowed to have a bonfire on the beach) This is a night of party, fireworks, feasting and families coming together to enjoy life the Spanish way.

This is just one of many fiestas held in the city in March they have burning of the Fallas, which are enormous paper mashie statues which are displayed around the city for approximately one week before burning them, they build these statues all year around and have competitions for the best normally 19th March for burning. 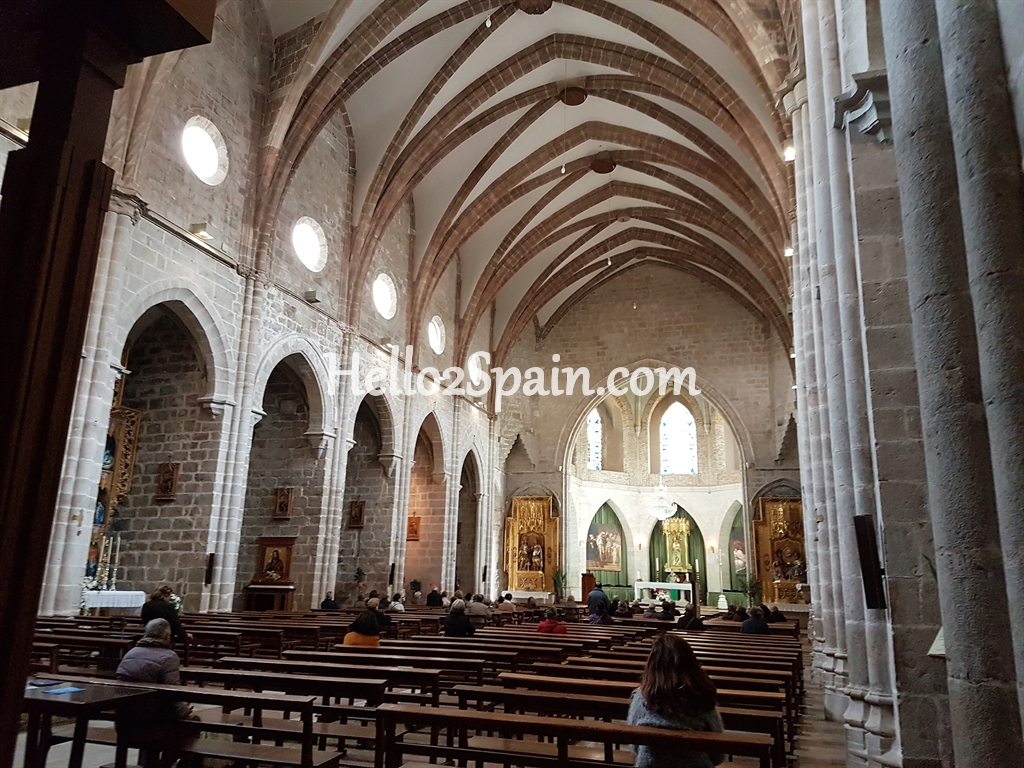 Theatre Serrano in Gandia offer many different productions throughout the year including Russian Ballet every December.

Walking and hiking are two great activities in this area, beautiful mountain walks or a stroll through the orange groves, a great place if you have pets and enjoy the countryside way of life.

Casa de Cultura - holds many cultural events all year - exhibitions, lectures and summer concerts held in the beautiful gardens in July and August (many are free) 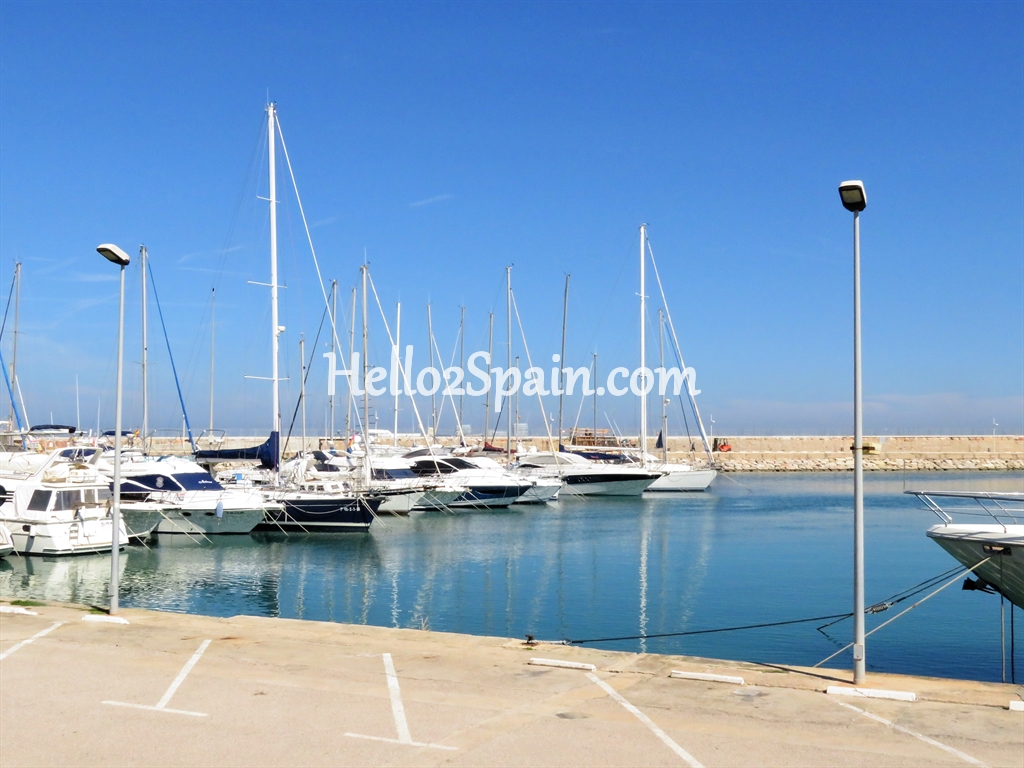 Water Sports there are a huge selection of beaches to choose from, Daimus, Grau de Gandia are the closest beaches, jet skiing, wind surfing, dinghy sailing from the marina, kite surfing, paddle boarding, kayaking basically anything 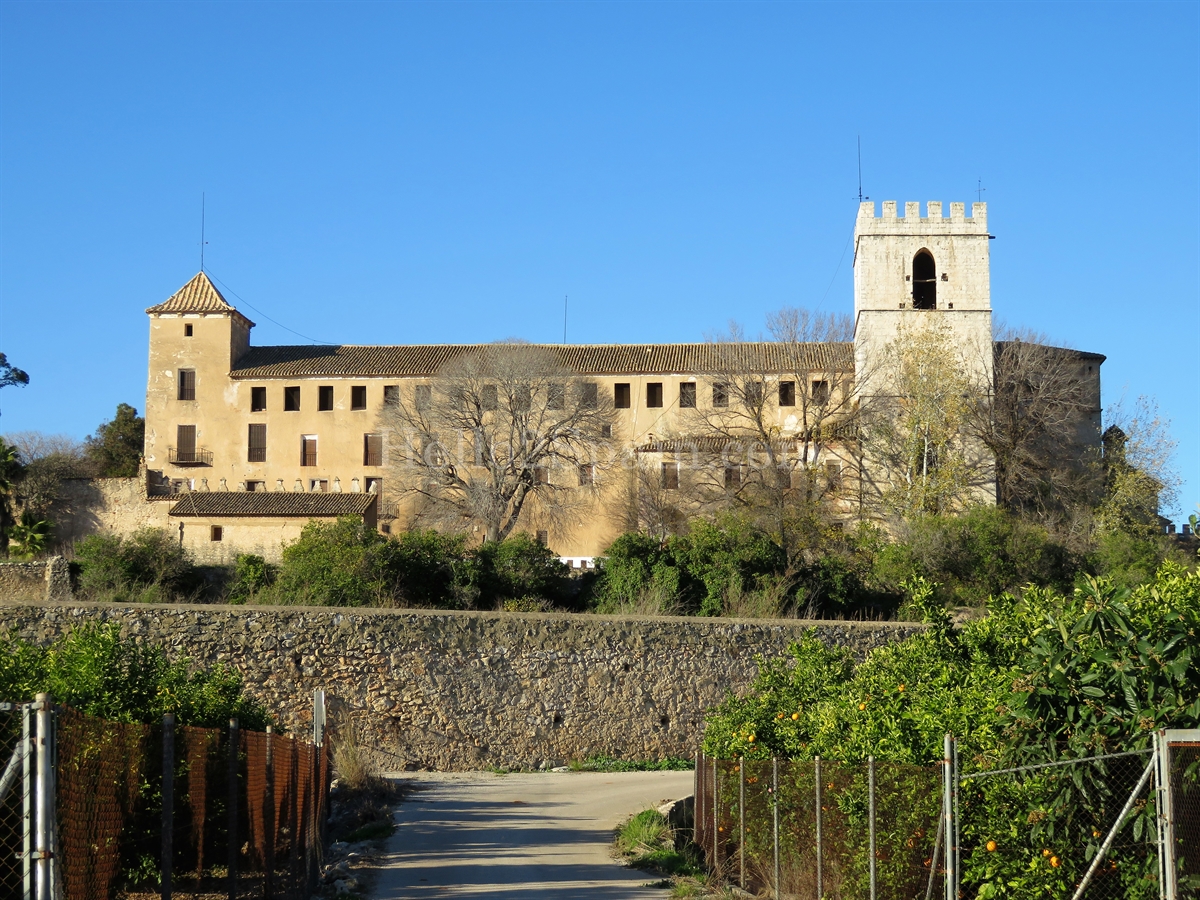 you can think of is just 15 minutes’ drive away. Also there is a yacht club called Club Nautica.

Equestrian Centre there are 3 main centres where you can have lessons, a hack out or show jumping.

Tennis Club is situated near the Grau de Gandia and is not just for tennis but Padel courts too. Lessons are available for all ages and abilities.

Shopping Gandia is a city and has all the shops expected of a city, indoor shoping complexes with cinemas, Calle Major and streets off have around 800 different shops, Grau de Gandia for beach shopping and on the outskirts are the DIY shops, car showrooms, garden centres basically various industrial estates have everything you need.

Royal Monastery of Sant Jeroni de Cotalba  Alfauir in a neighbouring village with the building dating back to 1388 it is one of the most prestigious Monasteries in the Valencian region. It is now open to the public through an agreement with the Valencian government.

Collegiate Basilica of Santa Maria of Gandia also known as La Seu build started in the 14th Century it is Gothic style and well worth a visit.

Borja Palace this is a beautiful example of a palace. It shows the grandeur and simplicity of the lifestyle of the royal Borja’s. There is a full tour of the Borja footsteps of plenty of places to visit and see. Dates back to 15th century.

Gandia has a variety of markets throughout the year. Medieval market is normally around the latter part of the year and a great time to go shopping for Christmas presents. They have a typical market on Saturday mornings at the bottom of the Passeo.