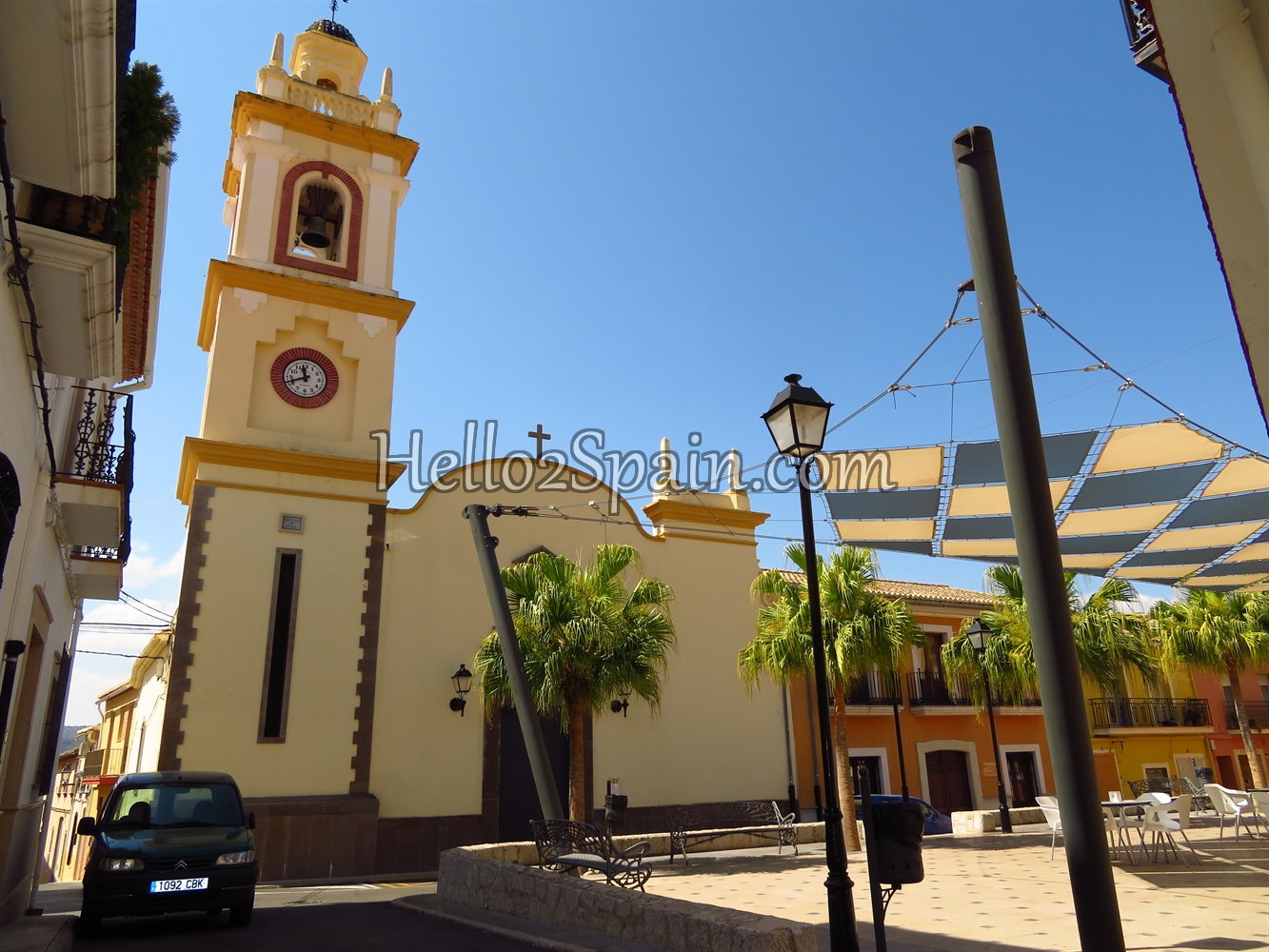 Benimeli is a population of Valencia, Spain. Located in the northeast of the province of Alicante, within the district of Marina Alta. It has 429 inhabitants (INE 2007). Benimeli Township is situated north of the province of Alicante, in the region of Marina Alta, and subregion called "The Rectory". It is situated in the Sierra de Segaria and is the highest of this, she walks hiker are the main attraction. The climate is mild in winter and not too hot in summer. It lies at a distance of 96 km Alicante and 94 km from Valencia and 14 km from Denia. Access to this location on the N-332. A-7 motorway, exit Ondara. Its municipal limits with those of Sanet and Negrals, Ráfol of Almunia, Tormos, Beniarbeig, Benidoleig, Vergel, Ondara and Denia.

What does the town have to offer? Well it is the size of a UK village rather thatn a town, with a local supermarket, library, muicipal swimming pool, seceral bars, however the bar in the main sqaure by the town hall serve good food and the staff are always very welcoming. A pleasant place to sit and enjoy this beautiful town. 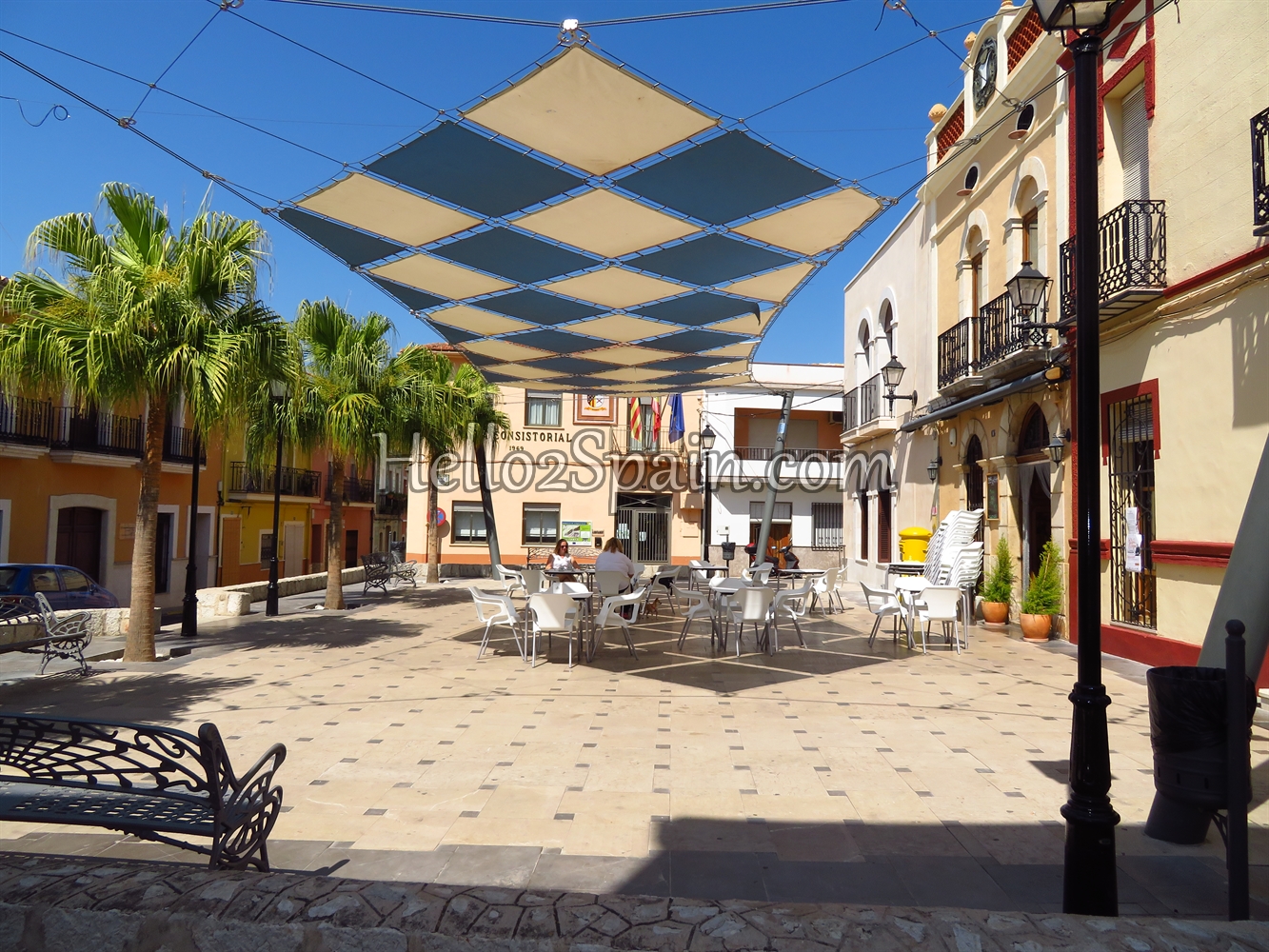 The town has various fiestas throughout the year and some friends of mine who live in the village talk about how great and very happy they are to live there.

Benimeli was founded by the Arabs, who gave the name of بني مالك (Bani Malik, "Malik children") and, like other towns in the area, a clan or tribe name. The word Mālik can be understood as a common noun meaning "king".

The troops of King James I conquered this place of Muslim origin. We find authentic and reliable documentation of the evolution of the people. The first news we certain that it consists of two seats "of Repartiment Llibre", according to which the donation is made May 19, 1242 to P. Martinez Sarvisa a house and eight jovadas ground "in alcheria that dictur Vinamelim that in term of Segarria est". In those days depended bellicose terms in charge of the castle was the defense of the territory. Perhaps, like so many others who received houses and land in the early years of the conquest, and became established in the place, possibly renting from such goods to the Mudejar continued to live there, sell them to other Christians, or they may simply abandon these properties.

In 1251, Carroz, Rebollet lord, whom the king had granted authority to distribute property of the Crown, made a donation of land to Elvira Benimeli Berenguer. Two other owners in that place in these early days were Bernat Martí and Cambrils Berenguer, who in 1259 and 1261 respectively to sell such lands and houses Calvet Arnau therein. In 1305 the property was expanded with the purchase of Gerard Oliver said house and farm land, but can not be considered to Arnau Calvet as lord or owner of the place, as in 1306 we find him selling, with his wife, the place of Benimelich, Bernat term of Clapers Denia, but the contract also involved two brothers named García owners and their sister, Welcome, which still gives the following year he had certain rights on the said farm, which Sanchis Sivera Abenimeli called at this time. 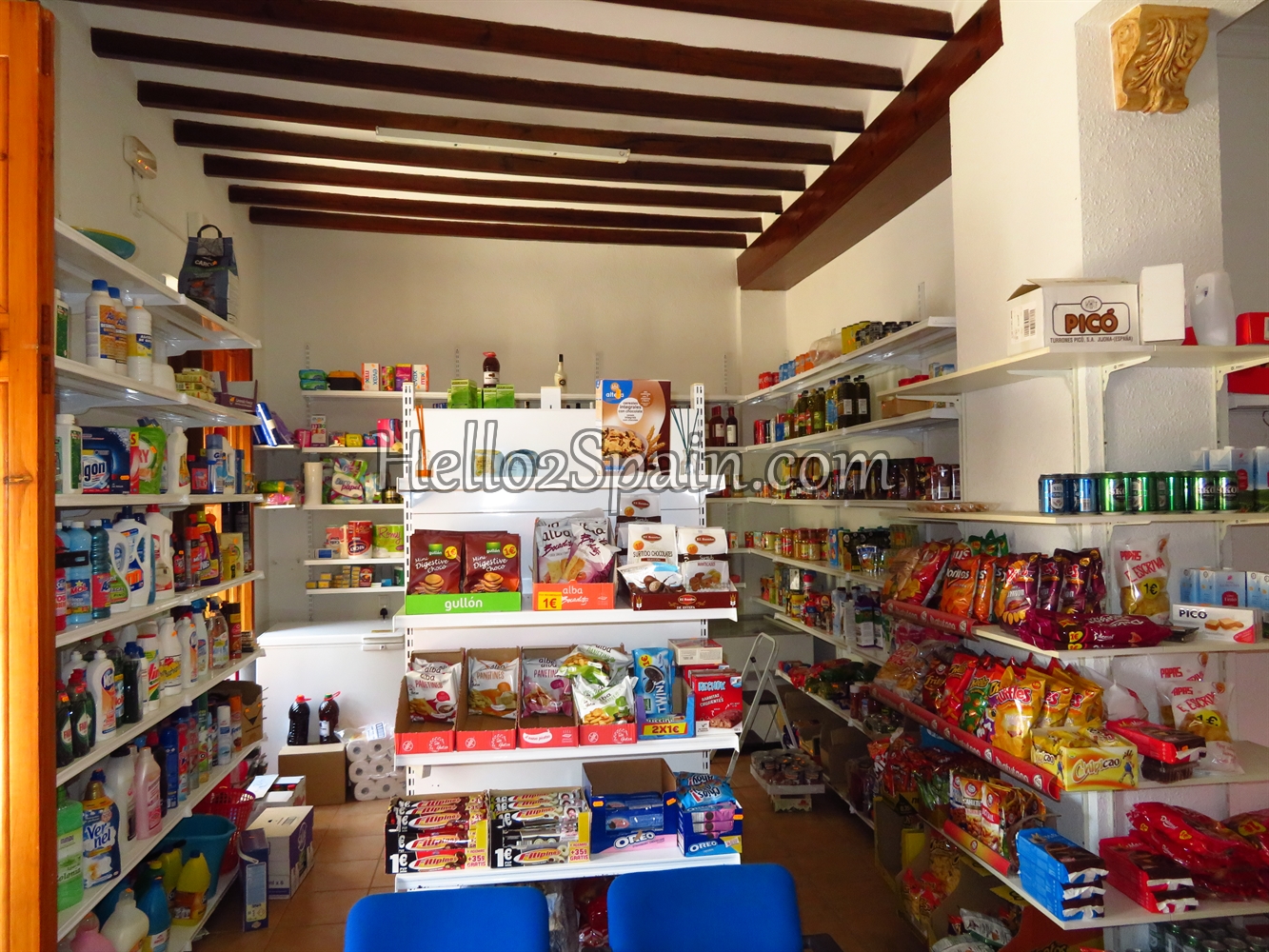 That year 1306 was for constant exchange Benimeli owners because Clapers just took three months to sell it to Enric Quintavall, James II confirms operation below. Moreover, the year was not over when he sells Quintavall Pere de Roda, Queen baker and this, in turn, and the next day the king who gives curiously, sells such Quintavall Enric of houses and farmhouse lands Benimelich, Denia term, and whose LIMITS softkey should be: the mountains, the boulevard of Riusech, Açenech the farmhouse, and the river of Ráfol Arobulata. For those who know the area is easy to identify the Riusech to Girona, the Arobulta with Bolata Açenech farmhouse and with the people of Sanet.

Such sleight of hand or changes owners had no order to legalize a provenance legality of the acquisition of Quintavall, whom, however, we still can not accept as Lord of Benimeli until 1325. In the seventeenth century, was the owner Openness Pere, who went to the treasury. Lately was his master Count Cirat.  En1609 had more than 200 people who were expelled Moors and the place was uninhabited. Was repopulated with Majorcan family surnames or Lull Lull, Mut, Catala, Domenech Ginestar as Puebla Letter dated 19 February 1612 issued by Vicente Beltran Cutanda. In the eighteenth century, two were the most influential of Benimeli:

The first was Sir D. Severiano Villafranqueza, Count of Villalonga, Lord of all, who founded a chaplaincy in 1755 and dedicated to St. Andrew the Apostle and St. Joseph. It forced the Count to the payment of one hundred pounds for the maintenance of the chaplain, each year, plus ten pounds to feed the lamp of the Blessed Sacrament (lamp is lit for the first time on November 9, 1761, the day we celebrate the Reserved party). Among other recommendations, Mr. priest told him to devote to teaching the alphabet, truly extraordinary thing in those days. 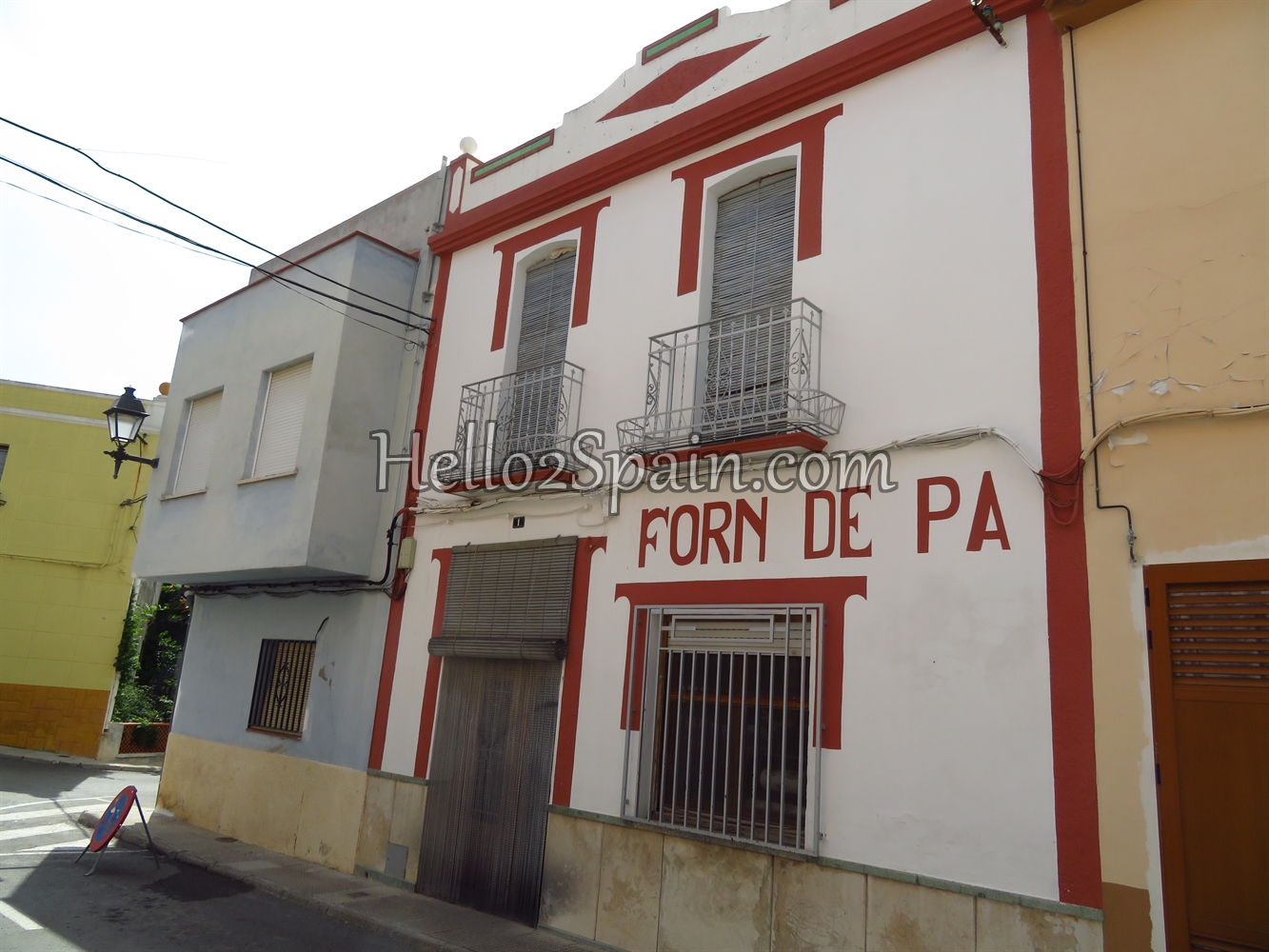 The second person was the Reverend Doctor D. Domenech Damaso Ferrer, who owned the chaplaincy from the December 22, 1767 until April 27, 1812, the date of his death. Of particular note is the exemplary conduct of this priest, in his apostolic life and the realization of the construction of the new church. In their time they moved all the images and all the amenities of the old church to the new one. The last of his achievements was the new cemetery, built in Domenechs land, he could not see over because he died in April and in September was blessed Cemetery. He is buried in the altar of the church, and has dedicated a town square.
Economy

The local economy is based on agriculture, especially the orange, followed by almond and carob. Lesser amount for family use and grow vegetables such as the tomante, peppers, eggplant, beans, etc. 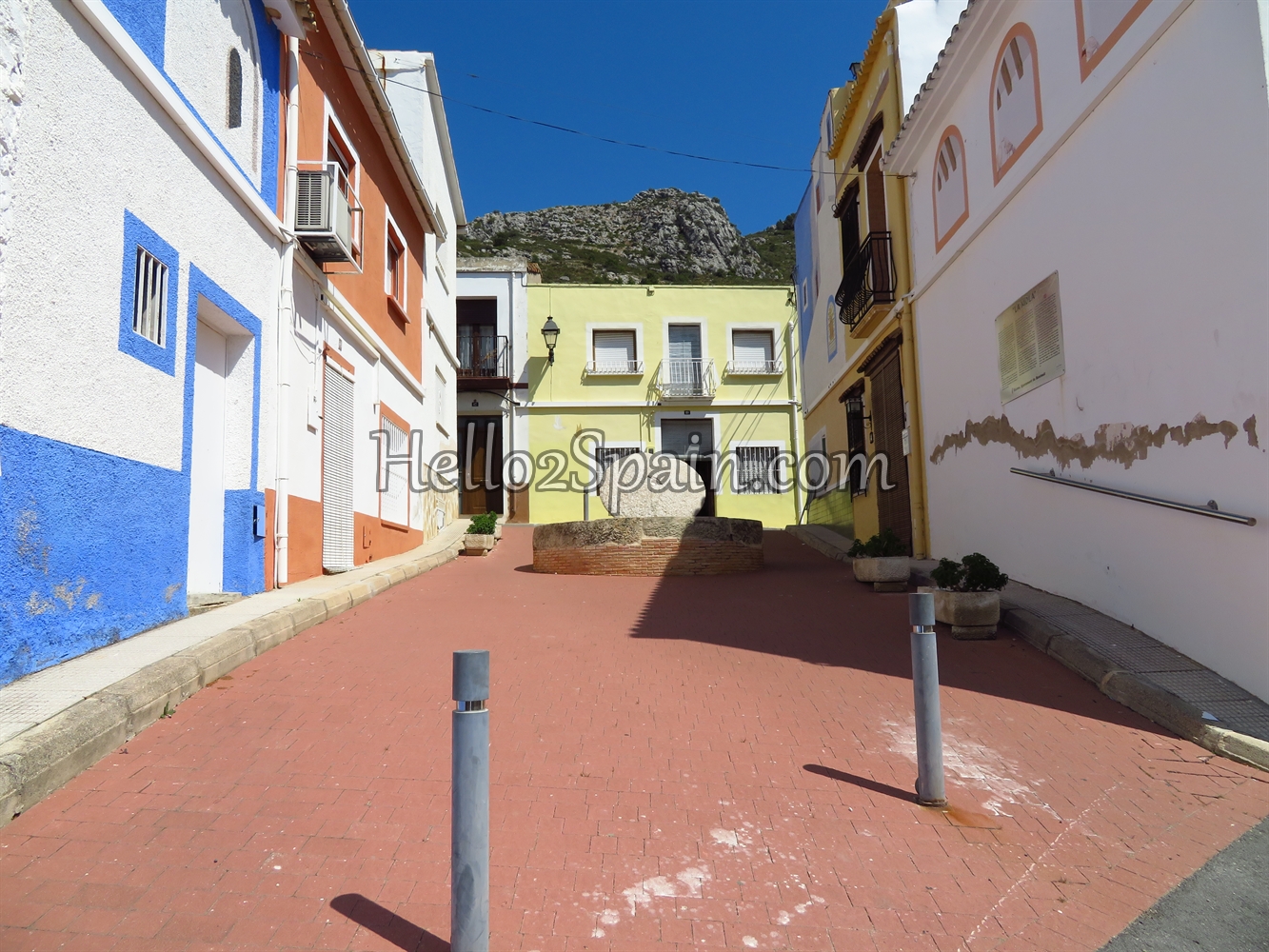 Monuments and places of interest
Parish Church of St. Andrew the Apostle. Eighteenth century. Greek cross plan, we can see the altarpiece in gilded gold, and presiding over this, the image of the head of the parish. One of the side altars are dedicated to Stmo. Ecce Homo, Benimeli village pattern. The chapel was rebuilt in 1920 and domed. The building has been recently restored.
Segaria viewpoint. It is located in the central part of the old Moorish castle. The only two defensive constructions are possible in the two entrances, one is a checkpoint, and the other is a fortress of stone and lime material. In the center, there is also a large tank mortar, whose function was to reserve water for human needs, when the valley's population had to qualify for this shelter.
Calvary. Located in the upper part of town, was built by volunteers from Benimeli, replacing the old one, which was in ruins and had the same itinerary as the current. Every Friday morning from the village people up to pray the Stations of the Cross. 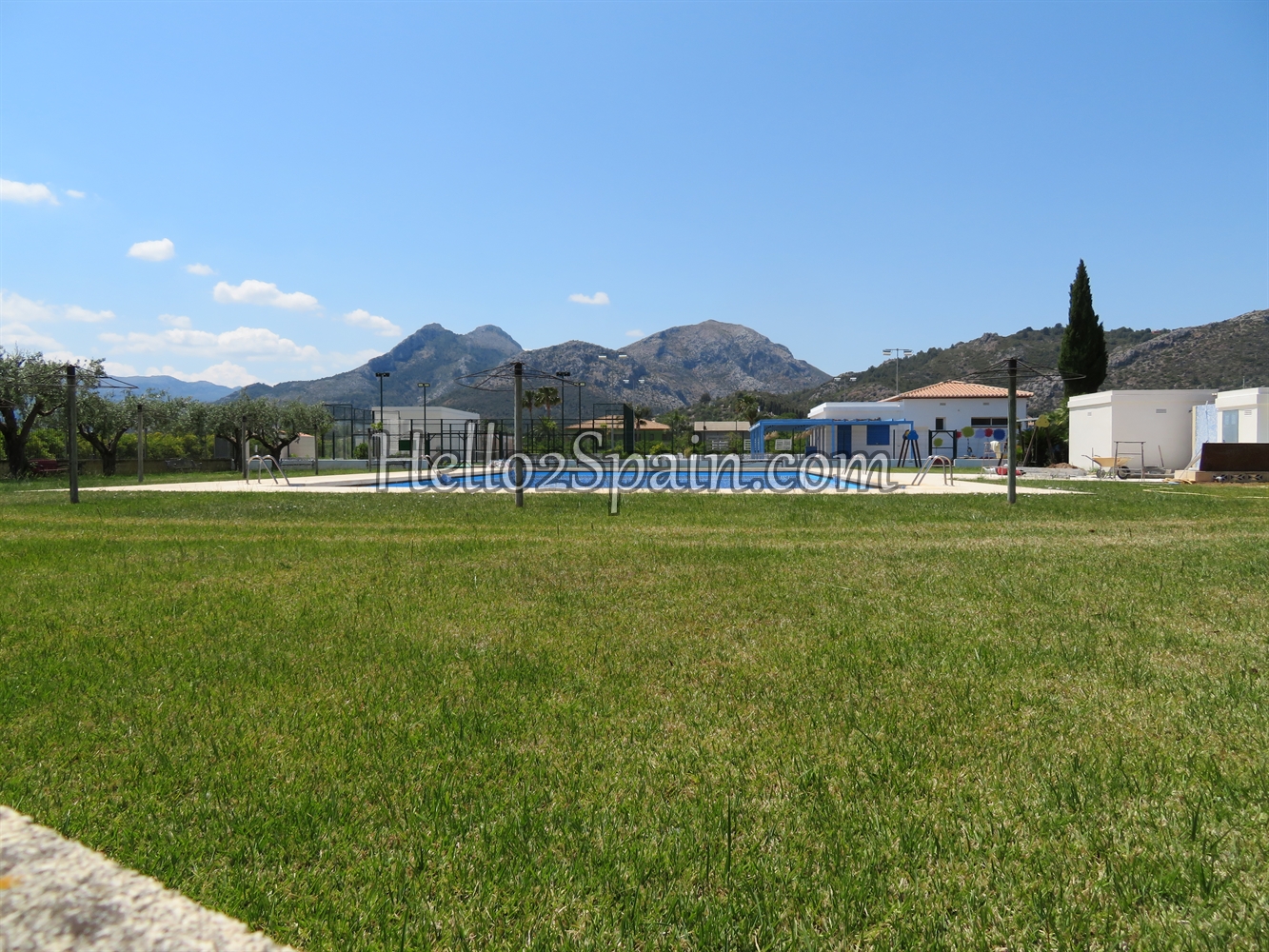 Senyor House Located on the street of the same name, preserved remains of the old Arab palace and what was the house of the Lord of Benimeli. You can still see the old tower.
Cova of senyora This cave is located in the Sierra de Segaria under Devessa Tossal. The name is because in 1834, took refuge in Zaragoza Benimeli from Mrs. Ms. Denise Garcia Torres Navasqües, because of the second cholera epidemic. This took refuge in the cave and was served by a local family. This lady died there on November 6, 1834.
Located in Fountain Català Segaria saw, power Català about X century. It consists of a crushed stone pike i a tile by the rising water, which is very hard and fresh.
Fuente del Campillo Located in the middle of the Sierra de Segaria, water gushing water is a mixture of the "Font de Català" that filters through the rocks, and "aigua molls" that are common in the mountains. X century, and was formerly used as a cattle trough, just because there happens an old Azagador. Nace a margin of stones and has a narrow and elongated pica drink to animals.

Festivals
Festivities of Ecce Homo. They are the most important holidays that has the people, and are held the third full week of August in honor of the patron of the town, the Ecce Homo and Purisima, with processions, parades, popular dinners, festivals and fireworks.
Feast of the Sacred Heart of Jesus. Are held over a weekend in mid-June, with popular dinners verbenas, Mass, procession, parade.
Feast of St. Andrew the Apostle. Held on the last Sunday of November in honor of the head of the parish with great food that goes around the people and many visitors.
Rosario de la Aurora. Held on the first Sunday in October. At dawn comes the image of the church in procession, immediately afterwards celebrated Mass, and lunch is served in the square for all the people.