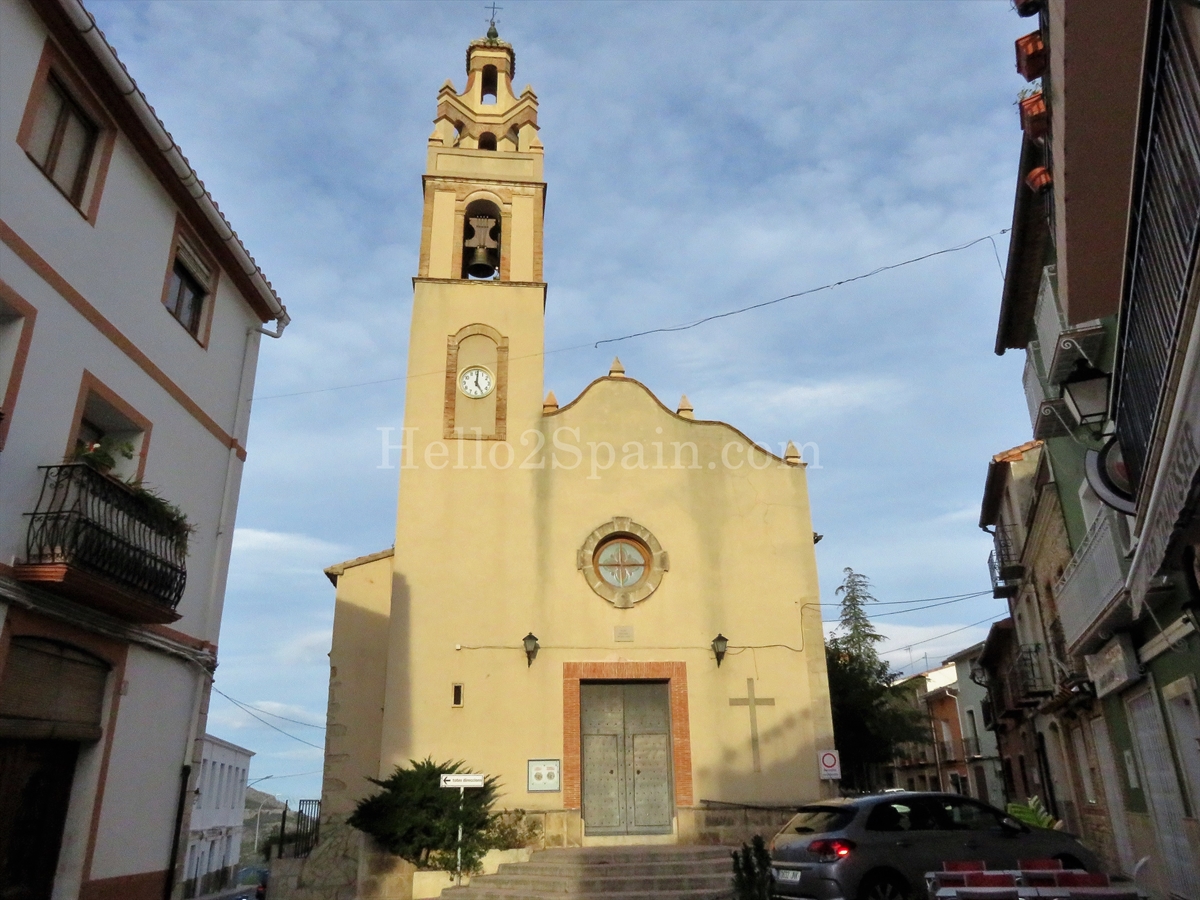 Vall de Laguart (in Valencian and officially the Vall de Laguar) is a municipality of Valencia belongs to the district of Marina Alta, in the province of Alicante, Spain.

Located at an average altitude of 500 meters rises majestically between two mountain ranges that make up this beautiful valley. On one side of the Barranco del Infierno, natural wonder, formed by the River Girona, which separates the Sierra de la Carrasca or Ebo (1,000 m) in the Sierra del Migdia and runs through the valley to the dam Isbert. On the other hand, slept like a real horse, the Sierra or Sierra Cavall Verd Penyó (800 m high) with multiple sources and springs.

One of the interior valleys of the mountain consists of Alicante Benimaurell cores (Pueblo Alto, Poble Dalt), Campbell (Low Town, Poble Baix) Fleix (Town of Enmedio, Poble d'Enmig where the council stands) and Fontilles. All these people are a single municipality. 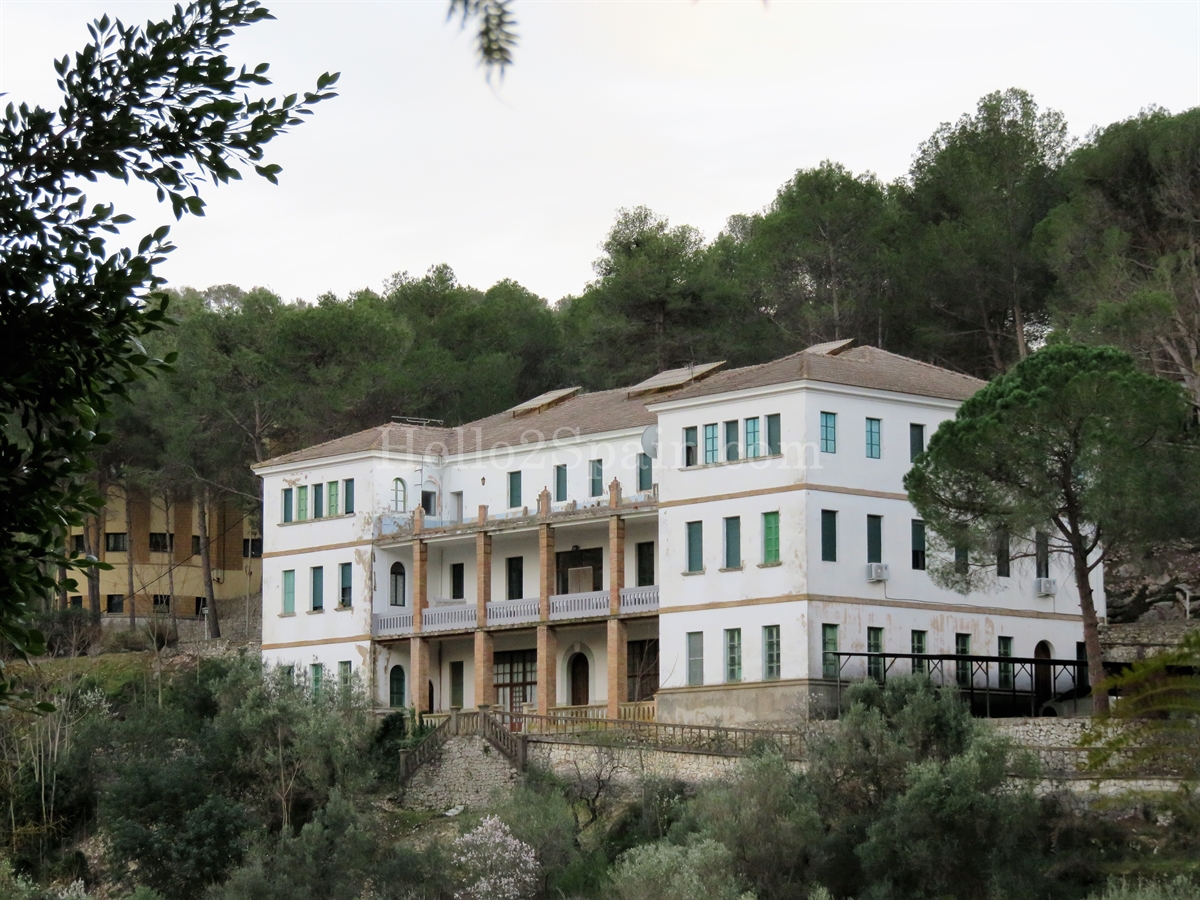 The name comes from the Arabic "Al-Aghwar" meaning the caves.

The Christian story of Vall de Laguar can say that begins in the thirteenth century, under the rule of the legendary Al-Azraq. The leader took up arms against the attacks of the Crown of Aragon, which was a major uprising obstacle to the conquests of King James I of Aragon

Arriving troops of James I to the doors of its domain, Al-Azraq signed a treaty, by which they agreed to a three-year truce and allegiance to the King of Aragon. 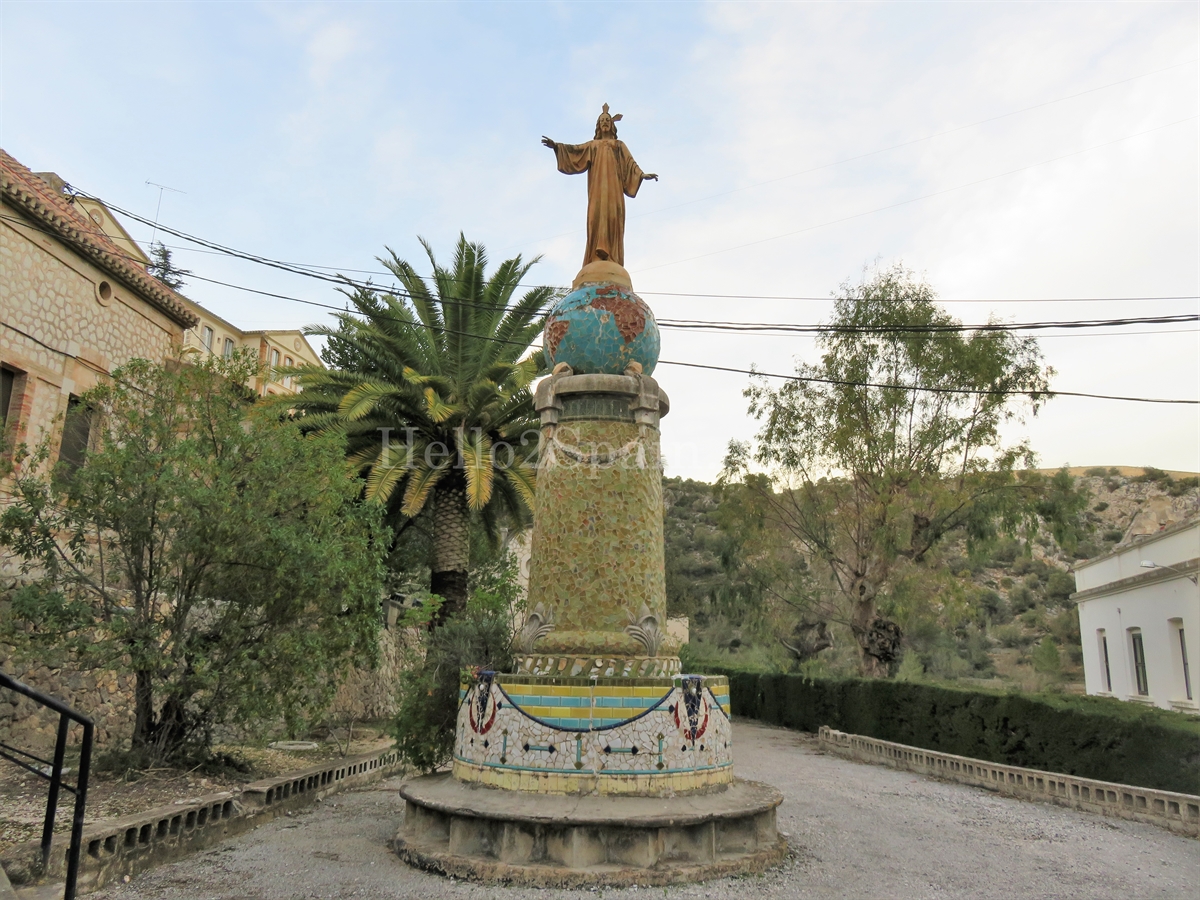 In the fall of 1247 Al-Azraq broke the truce because the Christian troops pushed the territories of his lordship, but his uprising followed ten years of exile. In 1276 again led a great rebellion. In late April 1276 and at the head of an army besieged the city of Alcoy whose defenses had been reinforced with a group of Knights of King Jaime. The city was assigned to St. George and the battle Al-Azraq was killed causing the flight of his followers. In July of the same year also James I dies, his son Alfonso end the rebellion between 1277 and 1278.

Barranco del Infierno (steps Moors)
After the pacification of the mountains of the Marina, it was divided between the lords and warriors Catalan and Occitan accompanying Jaume I, left out of the Aragonese deal with minor exceptions. Past few years. because of the persecution they were subjected by the Catholic Church, the most rebellious Moors raised the spirits of other sea more docile and desecrated the parish of Santa Ana Because of all these disturbances, Emperor Charles I issued a decree requiring all baptized Moriscos. Many of them not to leave the land and lose their property, they were forced to do so, causing further unrest. This forced Philip II, as a preventive measure that, by surprise, were disarmed all Moriscos from all the towns and villages of the Kingdom of Valencia. His son, Philip III, listening to the claims of Christians about the abuses and sacrilege and indiscipline of the Moors, issued the famous decree of expulsion. Incidentally, weakened the territories of the Crown of Aragon and his influence at court, empowering Castilla. 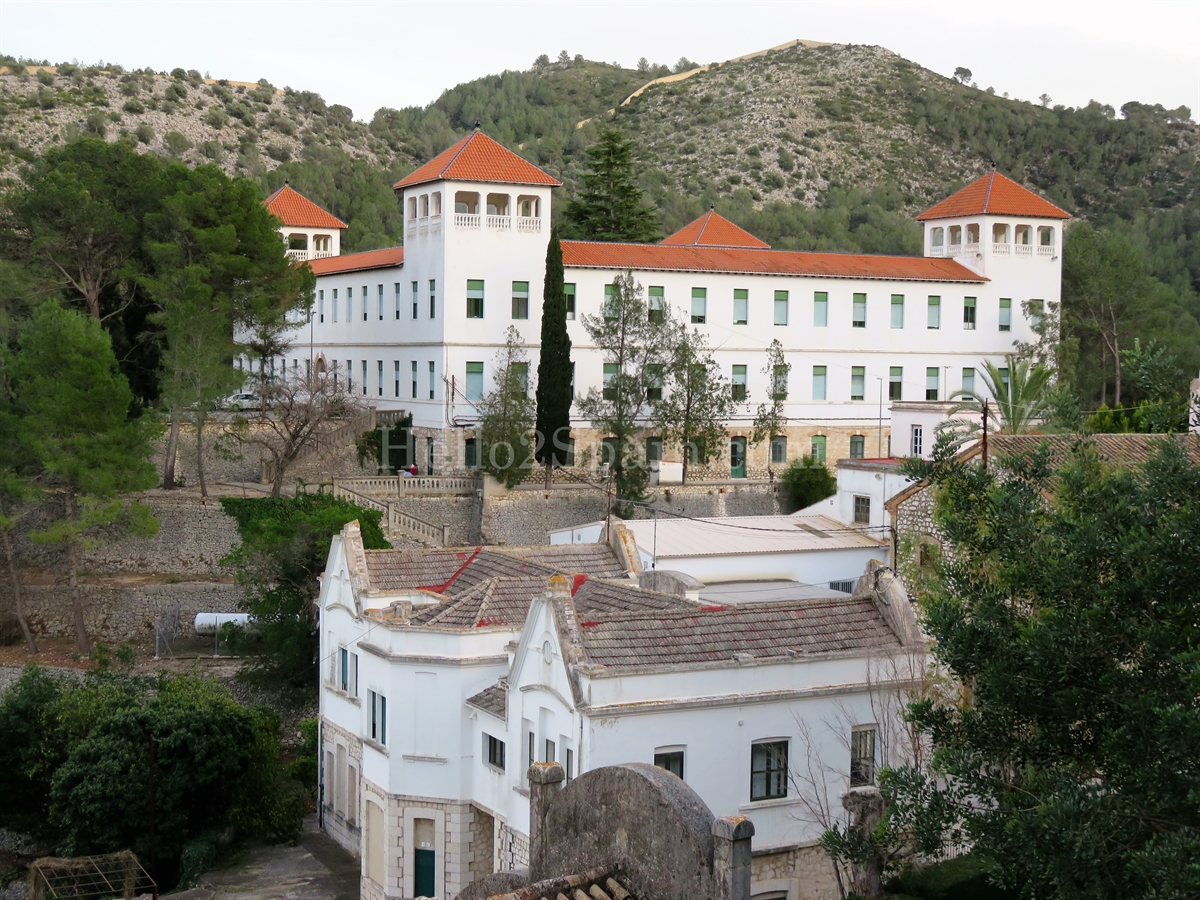 Vall de Laguar was the last stronghold of the Moorish uprising Valencia. In November 1609, before his weakness surrendered and were definitively expelled and taken to North Africa. The June 14, 1611, Vall de Laguar was repopulated by writing new stocking by farmers from the island of Mallorca, descendants of the ancient settlers of the islands Catalans.

Cherries with OD
La Vall de Laguar is a predominantly agricultural town. In some areas the land becomes generous, giving the terraces of great fertility. In the terraces are collected almonds, carob, figs and olives, but mostly cherries. In the spring the cherry blossoms give the landscape a delicate touch of color that gives way to greenery dotted red blood of these sweet fruits that have the seal of Designation of Origin, mountain cherries Alicante (Cireres of Muntanya d ' Alacant).


Vall de Laguart Castle. It is located at the entrance of the valley, on a topographic height of just over 350 meters. Situated on top, on vertical faces cut into the north facing, there are the remains of walls made of mud hard consistency. Alienation is rectilinear enclosing two rectangular enclosures, partially excavated in the rock. On the west side of the wall is split, with evidence of separation between sheets constructive enclosure that may belong is demolished. Clearly, this is a unique construction that, at some point, formed a special facility, probably a fortified.
Casota Tower. This is the remains of a rectangular building, about 10 x 7 meters, and more than 3.5 meters high conserved. Due to the nature of the walls that shape, width of 119 cm, corresponding to a military-style construction, a tower that would combine the functions of guard and defense from a strategic point. The construction can be dated between the late eleventh and mid-thirteenth century, in the Almohad period, coinciding with a time of Fortification of Andalusia before the advance of the Christian kingdoms.

Fontilles. Hall. The institutional and administrative center is in Fleix.
Ermita de San José. Located between Campell and Fleix, it saves the image of San José.
Parish Church of Santa Ana (Campell). Displays a rectangular with a gabled roof and nave with a barrel vault, side aisles with chapels.
Parish Church of Santa Teresa and San Pascual (Fleix). It is a simple building consisting of a single rectangular nave with a pitched roof and side chapels.
Parish Church Saints Cosmas and Damian (Benimaurell). It has a single rectangular nave with a pitched roof and side chapels. All of them date back to the eighteenth century, following the Mediterranean model.
Fontilles. Sanatorium San Francisco de Borja. It is a sanatorium for leprosy patients, an open space located in the municipality of La Vall de Laguar. This hospital was established by the initiative of Jesuit Father Charles Ferris and D. Joaquín Ballester in 1909.

The term has several very interesting walking routes. One of the most interesting routes mentioned is the Barranco del Infierno.

Festivals
San Antonio Abad. Held on January 17, according to tradition rooted in these towns from yesteryear.
Festivities. The supervisory celebrations begin in May with the celebration of the feast in honor of San Pascual (Fleix). In July in honor of Santa Ana (Campell). In honor of St. Ignatius of Loyola, July 31 (Fontilles). In mid-August the feast of patron Saints Cosmas and Damian (Benimaurell) since early September in honor of Santa Teresa (Fleix).