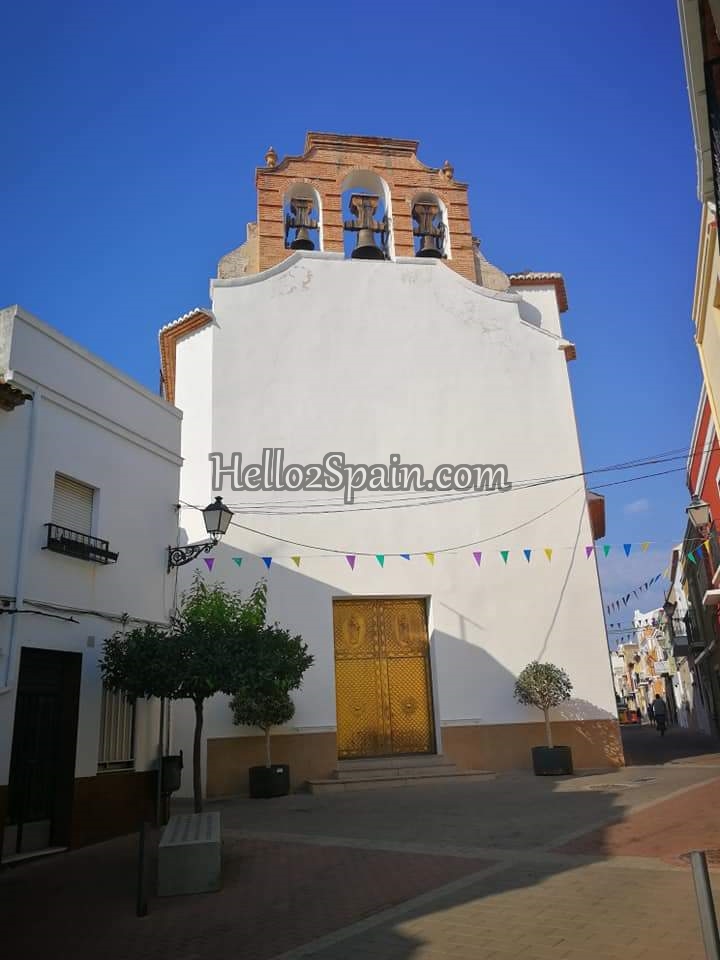 Daimús is a municipality of Valencia, Spain. It belongs to the province of Valencia, in the region of La Oliva. Lying just south of Gandia and north of Oliva and Denia.

How to get there? It is very well connected by public transport.

By car from Alicante and Valencia airports take the autopista AP7 and exit junction 61 Oliva and Gandia. Follow the N332 towards Gandia and the town before is Daimús.

By train from Valencia to Gandia and a short bus ride from Gandia to Daimus.

By bus from Alicante to Daimus.
Physical geography
Climate

The climate of the municipality as well as for the whole Safor is thermo Mediterranean Subhúmedo. Average annual rainfall between 500-800 mm, and mean annual temperatures above 19 ° C. Temperature range: 15-16 °.

Daimús, whose place name is of Arabic origin, was one of the dependent territories Bairén Castle. In Roman times were established in areas slightly elevated, protruding from the plains and marshes that formed the landscape, a series of rustic villas whose remains almost totally destroyed by the first vines plantations and citrus then emerging in As deepens somewhat in the soil.

The Roman settlement to have begun in the first century AD, as suggested by the finding of a silver denarius Acilia family, 54th year. C., along with a bronze as the year Domitian was 82, and lasted certainly until Muslims times, bound and with historical times.

It preserves some remains of Roman times as the site of the Garden of Conde and the tomb of Baebia Quieta, treasures and relics of the municipality. In the case of the tomb, it was a citrus field on the surface of Roman remains were found. Some theories suggest that it was the city of Artemision. Appeared in 1506 under a marble stone heads, one man and one woman, and two Roman tombstones, one of them in the old tower and the other in a tomb-shaped tower.

Church of St. Peter the Apostle, Daimuz. Church of St. Peter the Apostle: Data nineteenth century but is built on a former temple of the fifteenth century. Restored in 2010.
Casa Grande: Manor house of the late nineteenth century.
Old laundry: located in the current Assagador street, was the place where formerly women washed laundry and currently still retain vestiges of their presence. Stands out as the beginning of a series of ditches due to the birth of groundwater. 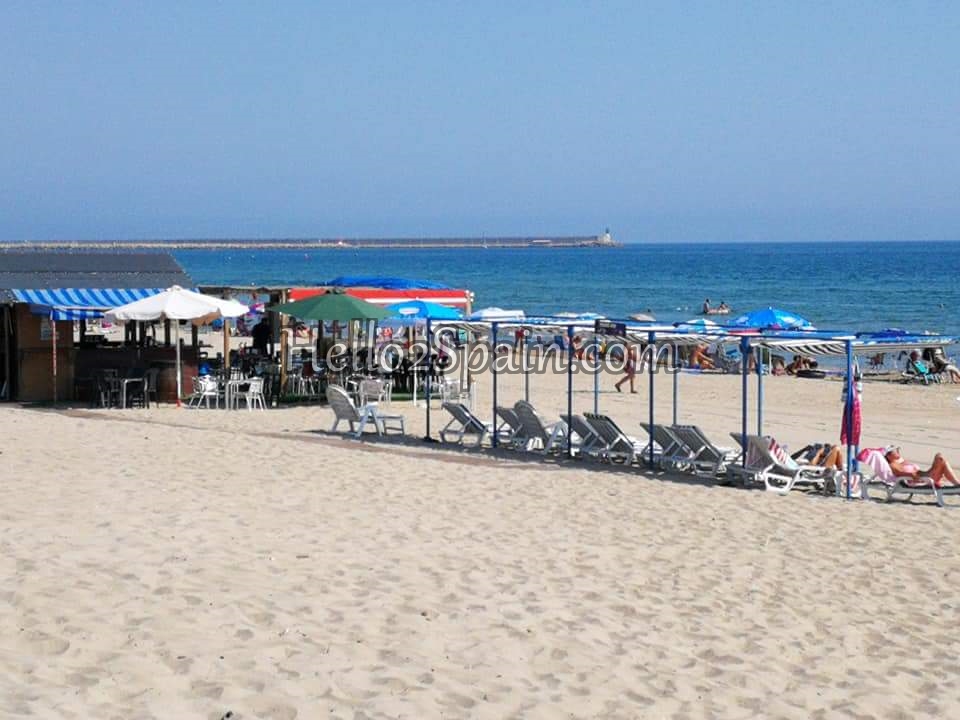 STUNNING, yes one word, stunning. Beautiful golden sand, with a promenade to Gandia, bars and restaurants alongside, in the summer months there are a pop up bars and sun loungers to hire. Daimús participates in the Plan Accessible Beaches of Valencia, and the beach is suitable for the disabled. Since 2007 Daimús beach is awarded the Blue Flag distinctive, and the Mark "Q" Quality Tourism awarded by the Institute for Spanish Tourism Quality.


Plazas, parks and gardens
Plaza de Jaime I: main square, where the parish church.
Plaza Mayor Francisco Castelló Piera: Popularly called Plaza de la Barca, is located at 1 Beach Front. It is the main square of the beach, with strong commercial vocation.
Boardwalk: Walk across the coastline of the municipality. Throughout its 2 kilometers find prominent places such as Plaza de la Barca, Chess Square Park or the Red Cross. In recent years there have been urbanized northern and southern sectors of the beach, resulting in broad avenues and large green areas, sports facilities such as football pitches, basketball and bocce.

Daimús Township has a sports center located between the historic center and the beach. It is one football field, two handball courts, 2 tennis courts, 1 paddle court and the Municipal Pool.

Water sports, wind surfing, snorkeling or just sunbathing and swimming. The choice is yours as the beaches are so large there is room for everyone and they are never overcrowded. The beaches are very popular for holidays for Spanish families as the waters are shallow and the beaches beautifully clean.

Personal and individualized education, with continuous supervision and curricular adaptation to each pupil’s needs.

Why buy a property here?

If you are looking for a traditional Spanish holiday or a way of life, Daimús has the best of both worlds. A pretty town, open all year around with all amenities and the city of Gandia next door with plenty more history and character. Prices are quite reasonable in comparison to Denia, Javea and Moraira. So you can get more for your money, it is advised that you learn the language as most of the locals only speak Spanish.