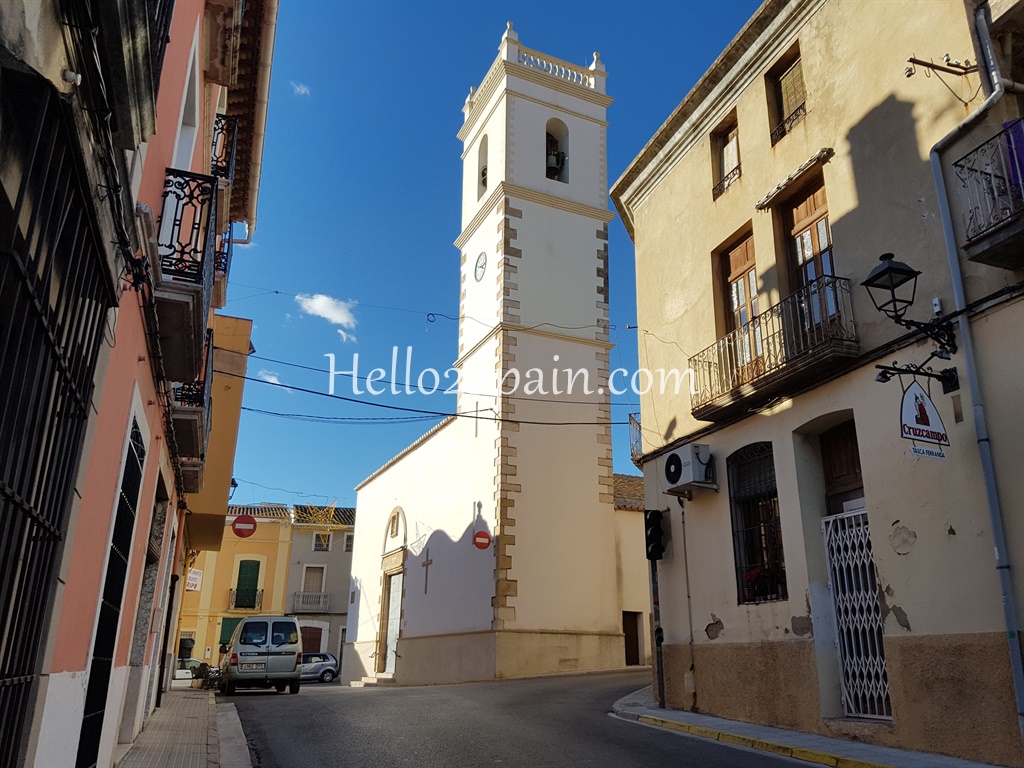 Sanet and Negrals (in Valencian, Sanet i els Negrals) is a municipality in the Valencian Community (Spain). Located in the northeast of the province of Alicante, in the comarca of Marina Alta. It has 700 inhabitants (INE 2012).

It is attached to the foot of the Sierra de Segaria in the sub called The Rectory, with mild weather and 10 km from the beach. It is located 82 meters above sea level and has a population density of 152,56 inhabitants per km2. Its territory covers 3.9 km2. It borders the municipalities of Beniarbeig, Benidoleig, Benimeli and Tormos. Approximately 1 hour to Alicante and Valencia airports.

In prehistoric times the valley was a marsh that flooded in rainy seasons. In summer the shallower areas were drying, and fresh grass fed to ruminants, deer, gazelle, fallow deer, roe deer and horses that served as food for large cats that inhabited the area, especially the lion. The man of the Paleolithic, Neolithic and later, lived around here and took the wealth of the place settled in the numerous caves that surround it, Colom Cave, Cueva del Corb, Cave of Skulls, etc..

While the township is quite later Sanet, there is evidence of human settlement from very early times. On top Segaria saw the remains of a former Iberian town, probably edetano, the sixth century. C. (SAGVNTVM (P.L.A.V.), 36, 2004: 61-75).

Contemporary of these settlements is the legendary city of Hemeroscopio, located in the vicinity of Cape Nao in Javea, just 20 km from Sanet. The foundation was the first attempt Heroskopeion Greek colonization of the Iberian Peninsula. Herodotus tells this colonization so legendary (Coleus of Samos trip to the kingdom of Argantonio tartesio).

Strabo, born in Pontus (Amaziah) in 63. C., in Book III devoted entirely to Iberia, also features the mythical city of Hemeroscopio: "Among the Sucro (Júcar) and Cartagena, three masaliotas populations. Among them the most famous is Hemeroscopio it has on its rocky coastline one temple worship the Ephesian Artemis. "

The Segaria saw, at the foot of which lies the village of Sanet, is rich in archaeological remains. Besides the important Iberian town are the remains of the Cave Bolumini, the remains of the terraces of the Arabs and the remains of what was once the palatial home of Arab prince Abd-El-Melichi Almuzafar, known as "La Silla del Moro" (The Cadireta del Rei Moro).

In Christian times this castle was administered from 1257 by In Carroz, lord of Rebollet. It was considered an important stronghold against the insurgents Moors of Al-Azdrach time, because it was one of the castles that James I was victualled conveniently ordered in anticipation of an attack moro.2

As a curiosity it is noteworthy that the first written record of the use of the term "Catalan" refers to this city. It is the assignment of the sites Sanet Sagra and the Order of Santiago, signed by the notary Bernat Soler on September 17, 1341 (National Historical Archive, Military Orders, Uclés, Sagra and Sanet, folder 307, No. 6. ).

In 1570 it was acquired by D. Lloc de Negrals Lorenzo Merita, First Lord of Merita, during the reign of Philip II.

The expulsion of the Moors greatly affected the status of those who, by then, were independent peoples. As a result of the provision of the Parliament of 1626 the town lost its status Negrals people. This provision stated that the people affected by the expulsion of the Moors consiguiesen not attract enough settlers lose their status as such. Following these events, Mr. Pascual, Olive gentlemen belonging to the people of old, lost on the jurisdiction in favor of the Marquis de Denia.3 Unlike happened with the people of Negrals, Sagra peoples and Sanet did manage to attract enough settlers and were able to maintain their status. The old Christians who repopulated these parts came from nearby towns such as Penáguila, 4 Oliva and Pego, and more distant areas such as Catalonia and Majorca.

In 1834 he joined the two nuclei forming the current Sanet and Negrals.

At that time, cholera outbreaks affecting people were recurrently and there were many who left the big cities to escape it. That same year, 1834, came to the area an illustrious lady, called Doña Dionisia Navasqüés Garcia Torres, widow of Lieutenant Colonel Don Antonio Barta Estébanez, from Zaragoza to guard against the epidemic. Authorities in the area, lack of better facilities for it, established that the woman was kept in quarantine a nearby cave. The lady was at first assisted by Mut-Torres family with whom he had a relationship, but ended up dying on the same on November 6 of that year. Soon also killed his assistant, Peter Mut, and 18 other people in the area by the pandemic. In memory of these events, to the said cave is known today as the Cave of the Señora.5

There is evidence to indicate that Sanet and Negrals residents participated in the riots of 1848, as indicated by the order for the arrest of Jose Gomez (Secretary of Sanet and Negrals) .6 These revolts were important in the province of Alicante, and intended to extend the effects of the Parisian revolution succeeded in overthrowing Louis Philippe and establish the Second Republic in France. The revolution of 1848, but wanted to end the reign of Isabel II and change the political situation also reflected popular discontent because of the crisis worsened since 1846. 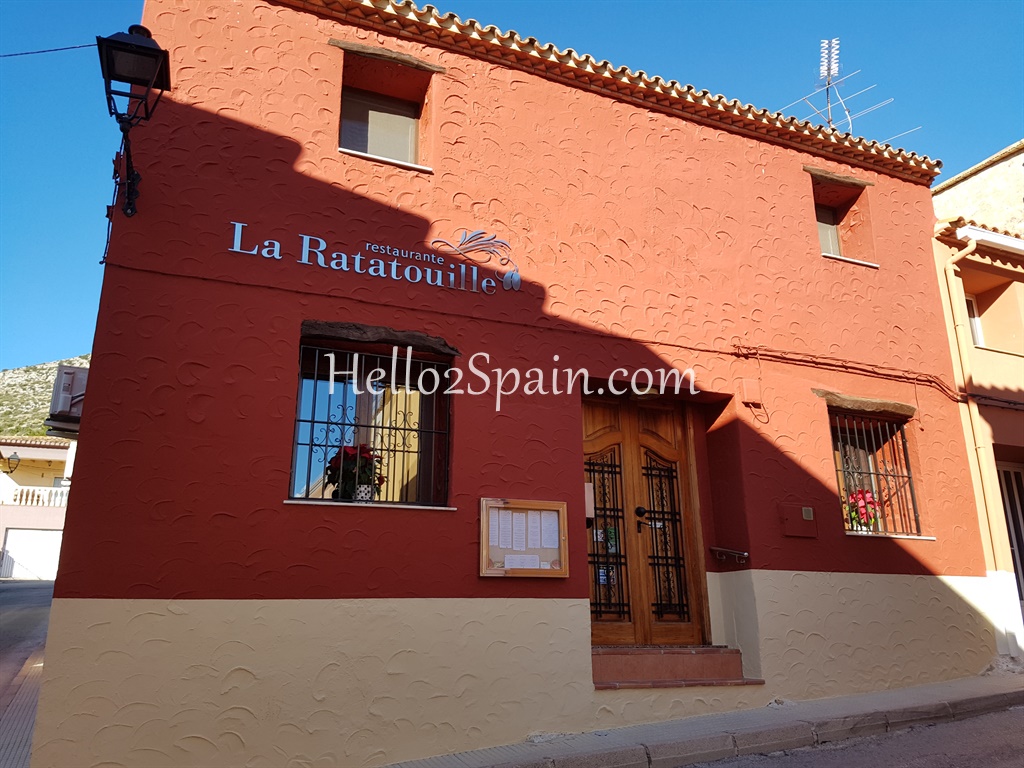 Monuments and places of interest
Parish Church. Romanesque style.
The Honor. Mansion of the Lords of Merita, located in the town.

The Magnolia SeñoríaLa. Ancient tree imported from America. High botanical interest is a species before the onset of the bees and the flowers thus evolved so they could be pollinated by beetles. As a result, they have hard carpels to prevent spoilage. Found fossilized specimens of M. acuminata with 20 million years and plants have been identified belonging to the family Magnoliaceae dating to 95 million years ago. Curiously, it is the largest tree in the province of Alicante.

Christ Cristo Plaza Square. Square built by economic participation of all people, offers a superb panoramic view of the valley.